Many rappers have attempted to try their hand at acting at some point in their career. Many have been successful in their transition into Hollywood like Will Smith, Queen Latifah and Mos Def. For the select few that have been successful, there is a handful of rappers that have failed. I hope these rappers realize their real talents lie behind the mic making great music. Here is our list of the worst rappers turned actors.

Name: Robert Matthew Van WinkleFamous for hit single “Ice Ice Baby.”Movie Resume: Cool As Ice Cameo in Teenage Mutant Ninja TurtlesHe makes the list just because he was that bad in one movie.Rottentomatoes.com Rating : 8%Worst Line: “I’m gonna go across the street and schling a schlong.” – Cool As Ice 1991 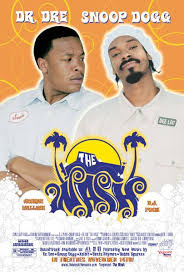 Name:O’Shea JacksonDebut Album: AmeriKKKa’s Most Wanted ’90He went from a hard West Coast rebel from Compton to a wimpy dad who gets punked by little kids. Ice cube has a couple good movies but his bad outweighs the good.

Worst Movies
Are We There Yet

Master P
Name: Percy Robert Miller
Debut Album: Get Away Clean ’91
The :40 second mark on the video explains it all. Playing yourself in a movie is not acting.With movie titles like Foolish, Toxic, No Tomorrow and the Black Supaman, you are not destined for a great acting career.

I Got The Hook Up

Ice-T in Leprechaun in the Hood

DMX in Cradle To The Grave