Posted on September 8, 2010 by dailycypher 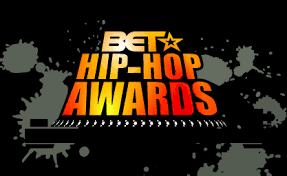 Shout outs to Eazee for releasing the cypher lineup for the upcoming BET Hip-Hop Awards. We do not have a lineup of classic emcees like last years lineup (Eminem, Mos Def, Black Thought, Nicki Minaj, and KRS-One). BET decided to show off the talents of some young emcees who will be the future of the hip hop.

BET decided to also add a couple old school cats like Raekwon to the cypher to teach these young bucks how it’s done. BET will also try a family cypher battle which will consist of Rev Runs sons and Ice Cube’s boys.

BET has also announced that 2 of the 5 cyphers will be available online only and will not air, can we guess which ones?