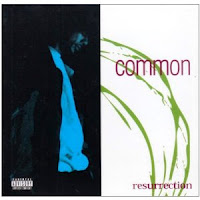 A couple of years after releasing Can I Borrow a Dollar?, the Chicago MC known as Common dropped this sophomore album, Resurrection.”Far from relentless chest-thumping bravado, Common’s lyrics have substance, exploring inner faults and fears on “Book of Life” and touching poignancy on his classic metaphorical ode to hip-hop culture, “I Used to Love H.E.R.,” a track that is perhaps more relevant today than when it was released.” –Del F. Cowie

Guru’s Jazzmatazz, Vol. 1 is a jazz rap album by hip hop artist Guru, released on May 18, 1993. This album is one of the first albums to combine a live jazz band with hip hop production and rapping. For the creation of this album, Guru employed the talents of a diverse group of old and new jazz musicians including Roy Ayers, Donald Byrd, Lonnie Liston Smith, Ronny Jordan, and Courtney Pine. Guru is sharp, creative and lyrical with a mellow flow on this album. Jazzamatazz is a great album to enjoy whether you are a hip hop head or a jazzman. 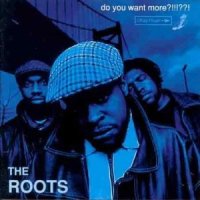 3. The Roots – Do You Want More?!!!?!!?Do You Want More is the second studio album released by the Roots, a Philadelphia-based hip hop group. The Roots style has been revolutionary to the evolution of hip hop introducing jazz and rock elements. They experimented with replacing sampling with live band music on Do You Want More, and was able to find the perfect blend.

Pete Rock & C.L. Smooth were a hip hop duo from Mount Vernon, New York. They made their debut in 1991 with All Souled Out and followed up their sophomore year with Mecca and the Soul Brother in 1992. What separates DJ Pete Rock’s beats from other producers is his use of horns over the banging beats of drums. He prefers to use trumpet and saxophone loops coupled with scratching. Pete Rock and CL Smooth do a great job blending their smooth laid back flow with the soulful sounds of horns. Pete Rock & C.L. Smooth’s style was ahead of its time and influenced many artists of today. 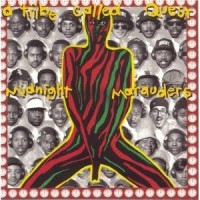 Midnight Marauders is the third album by hip hop group, A Tribe Called Quest, released November 9, 1993. Tribe Called Quest is arguably one of the greatest hip hop groups of all time, blending bangin’ jazz beats with intelligent lyrics. Listening to Midnight Marauders is like taking a guided tour through the lives of Phife Dawg and Q-Tip in New York. The listener is taken on a journey by a robotic woman’s voice which serves as the tour guide as she explains, “seven times out of ten, we listen to our music at night, hence the ‘Midnight’, and the word maraud means to loot, and A Tribe Called Quest are marauding for ears.” The tour guide creates fluidity and brings the album together. Midnight Marauders is the most complete Tribe album.